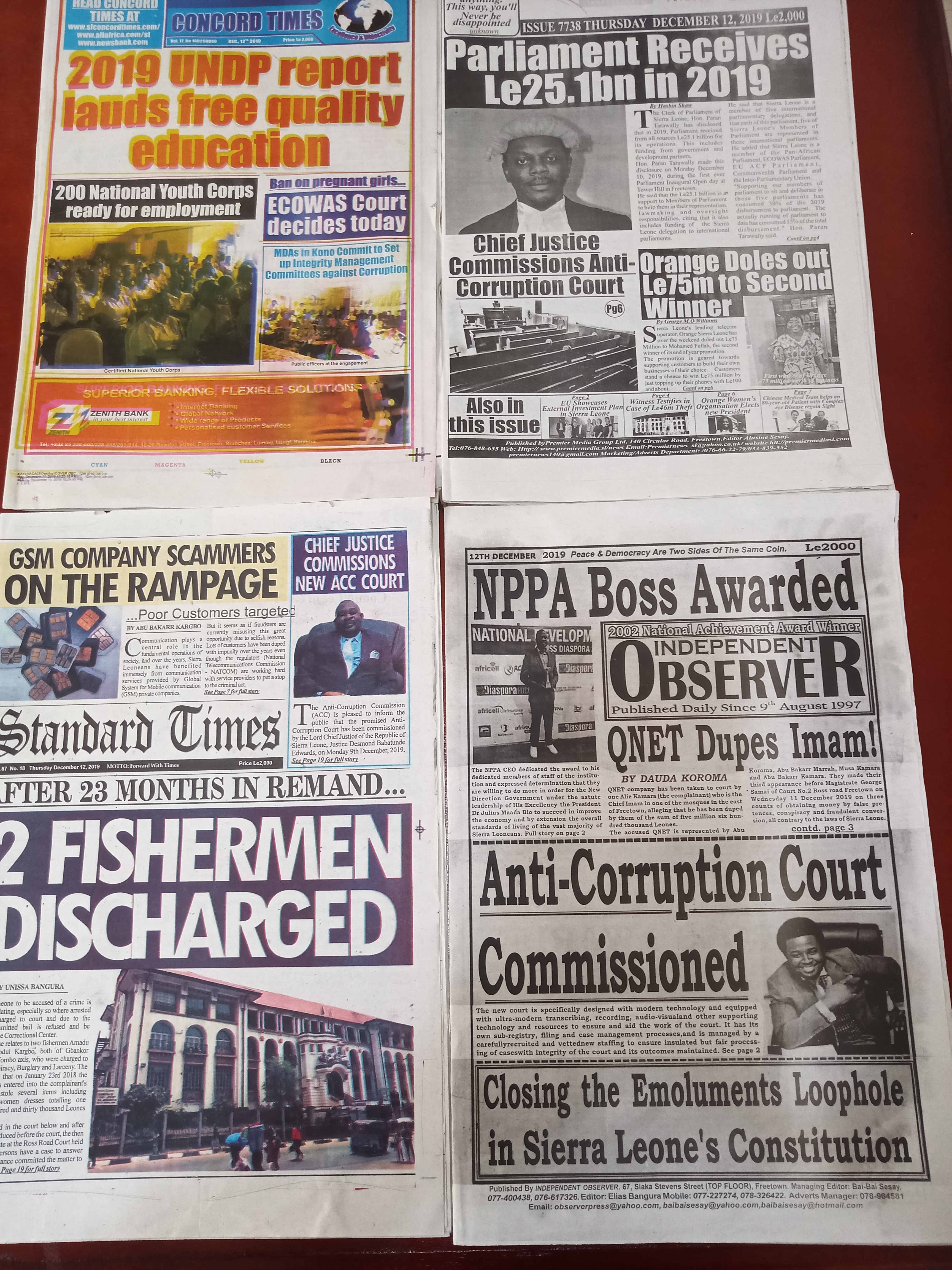 The Anti Corruption Commission Court has been refurbished and equipped by the Chief Justice Desmond Babatunde Edwards. This process was done using judicial funds and support from the Department for International Development (DFID) for trying cases charged by the Anti-Corruption Commission investigations. The new court is equipped with modern technology and designed with ultra-modern transcribing, recording, audio-visuals and other supporting technology to ensure and aid the running of the court.

Fishermen discharged after 23 months in remand.

The two fishermen Abdul Kargbo and Amadu Turay who are residents at the Tombo axis,  were alleged for stealing suitcases and clothes summing up to (SLL1,130,000). There were charged  to court for conspiracy, burglary and larceny on the 23rd January 2018. After pleading for mercy and  being in remand for so long due to delay in their court proceedings, Honorable Justice Alhaji Momoh-Jah Stevens discharged them because have already served the required sentence on remand.

200 Youth Corps to be employed after Serving in Institutions.