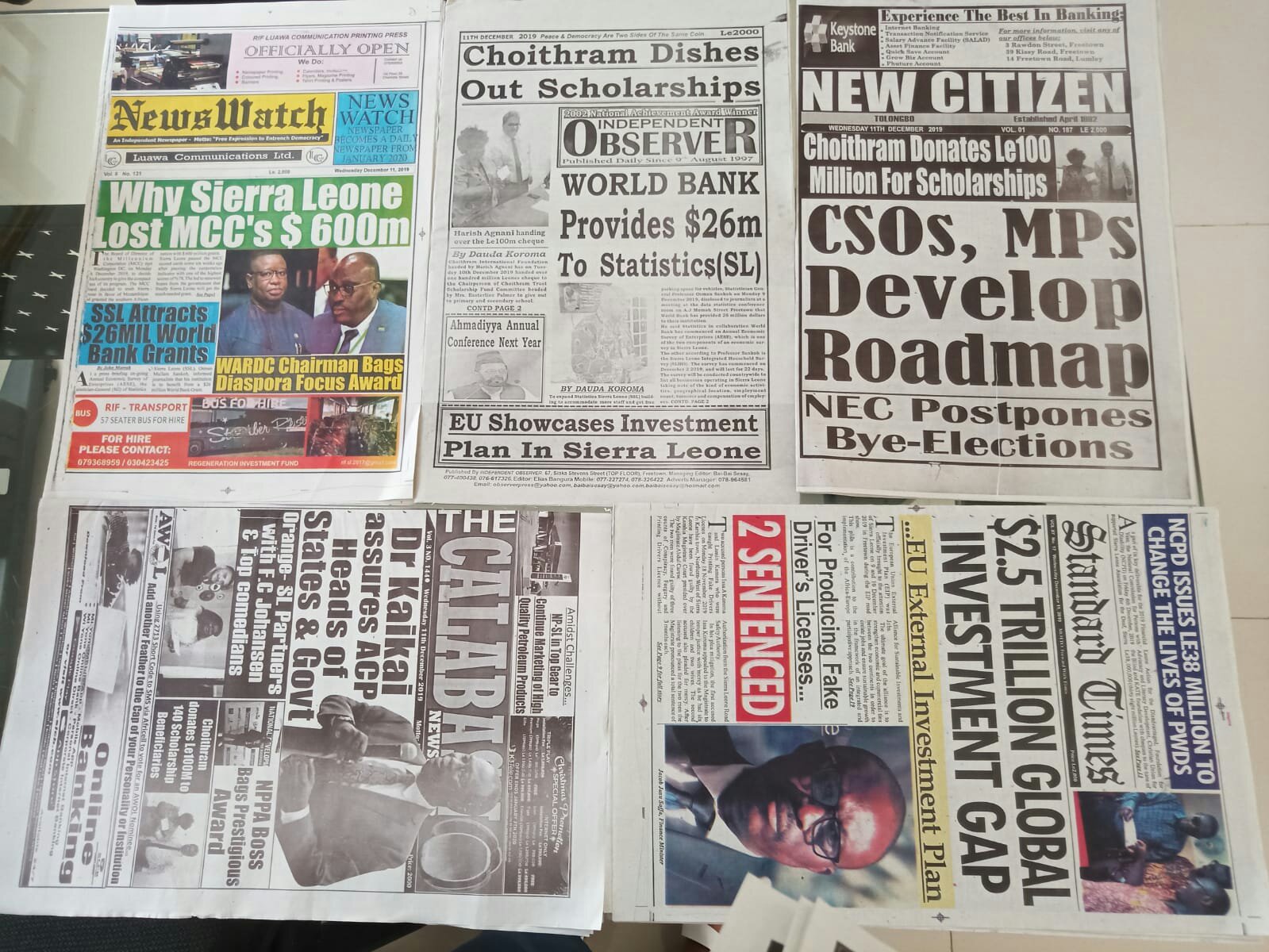 Choithram  Foundation donated the sum of Hundred Million Leones scholarships funds to 139 pupils in Schools across the country. The event took place at the Choithram office Wilberforce Street Freetown. According to Head of Choithrams Foundation, Harish Agnani, the Foundation was set up by the late Mr T Choithram Pagarani to assist needy School going children.

The two persons Issa Koroma and Lamin Kamara that were caught for printing fake Drivers License have been found guilty in Kambia by Magistrate court, presided over by Magistrate Abdul Carew.  They were both found guilty of Conspiracy, forgery, and printing of fake license. After both pleaded for mercy to the Magistrate, they have now been pronounced a total of three months sentence each.