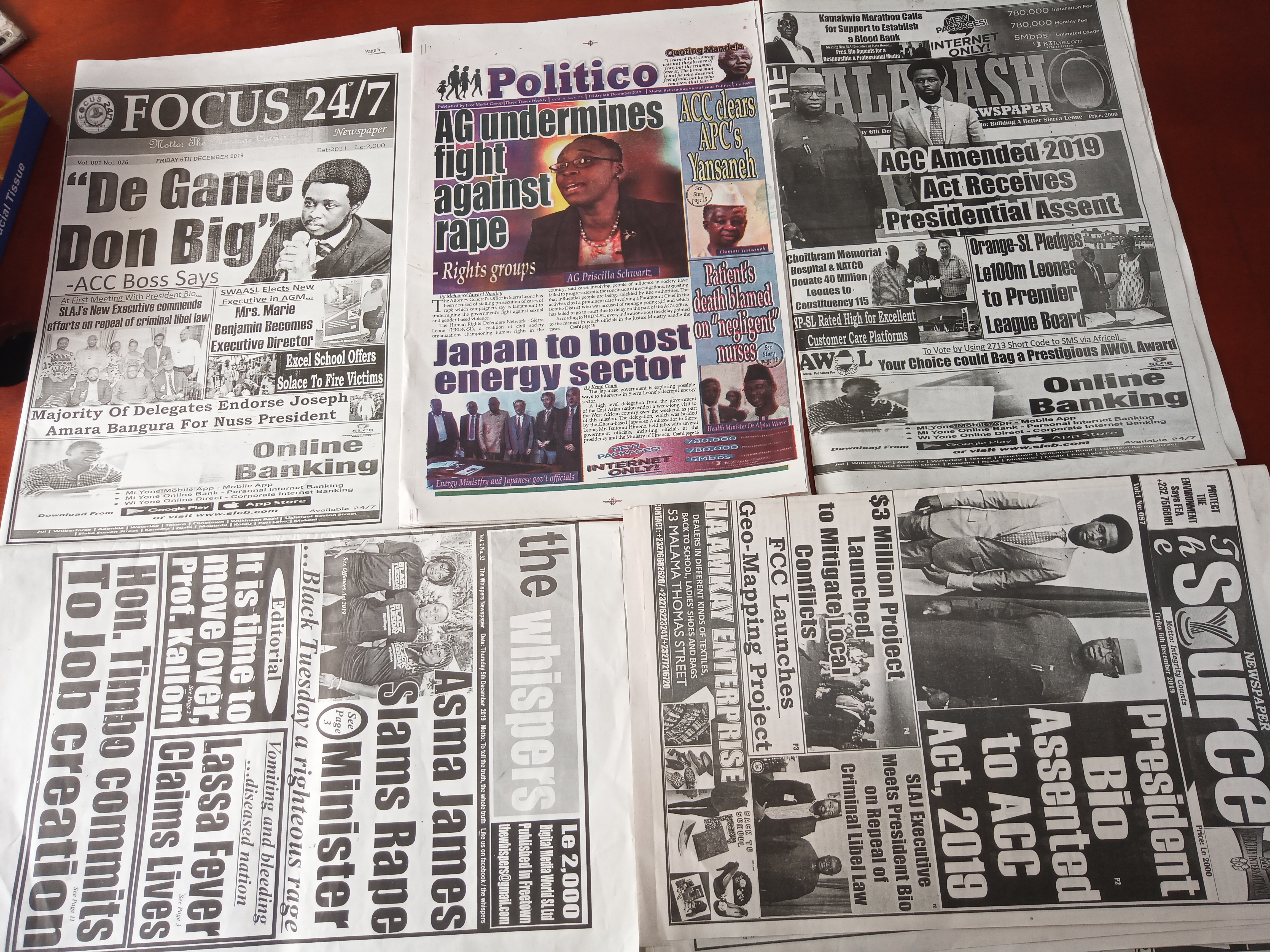 Sierra Leone’s Commission of Inquiry has ended its investigations

Judge George Biobele Georgewill of the Commission of Enquiry in Sierra Leone has completed his probe of the assets of past government officials who served under the All People’s Congress (APC) between 2007-2012 and 2012-2018. The Commission was to probe 35 former government officers’ assets but ended up investigating only 16 due to failure of files that were supposed to reach his table.  This enquiry was done at the Former Special court compound. He says “Today is my final day of sitting.”

The Donation made by UMC Women to both Blind, Deaf and Dumb Schools.

The United Methodist Church Women’s Organization Coordinator Mrs Ethel Sndy gave out food and non food items to both the the Milton Margai School for the Blind, Deaf and Dumb schools respectively at Wilkinson road Freetown. The items for the Donations was said to sum up to SLL 12,000,000. The UMC Women  said this is a donation they do annually do for various people during their convention, they decided this year to choose these schools in order to show God’s love for all. These items were presented to Mr Salieu Turay (Blind School) and Mrs Winifred Kamara-Cole (Deaf School).

The Community of Practice (CoP) and Irish Aid held a Day workshop at the Golden Tulip Hotel in order to deliberate on issues of Consent and Sexual  Violence against Women and Girls in Sierra Leone. They had a theme “To end Rape Culture, we must create Consent Culture”, in line with the sixteen days of Activism. The objective of this workshop was to create awaereness and develop affirmative Actions to end Rape and Gender based Violence against women and girls. Key speakers were the Ambassador of Ireland to SL Madam Leslie Nin-Browne and President of Legal Women Access through Women and Social Justice (LAWYERS) Madam Fatmata Sorie.