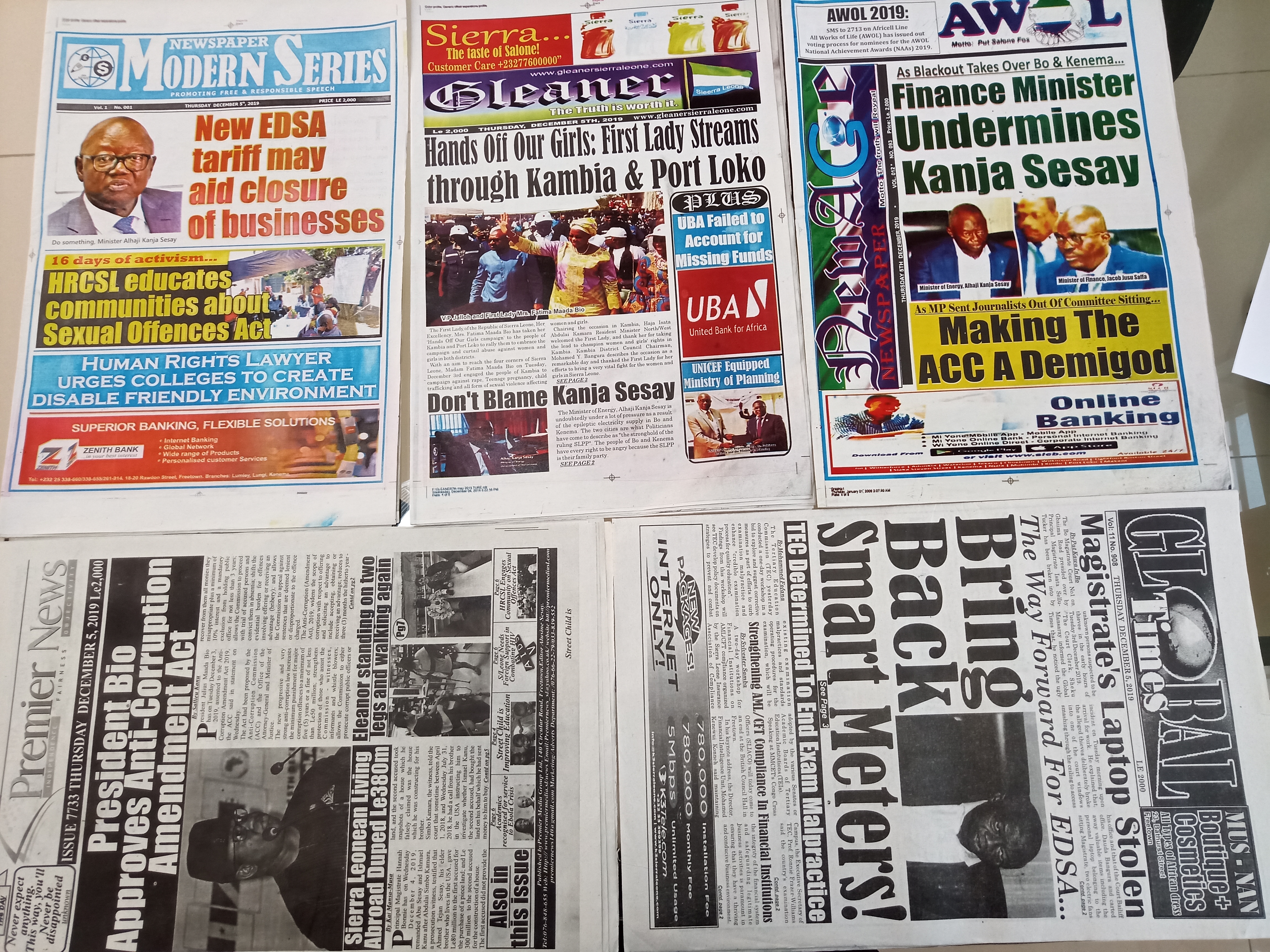 Of the 35,067 candidates who took exams conducted by the West African Examinations Council (WAEC), 2,108 have had their results withheld pending investigations into reported cases of examination malpractice.

The results released include who took private WASSCE Exams. Students affected say they are pleading with the government to look into the matter to ensure speedy conclusion.

President Bio has signed the Anti Corruption Commission Amendment Act which the ACC says will be their fight against corruption more effective and efficient.

President Julius Maada Bio has approved the Anti-Corruption Commission Amendment Act. This Act was proposed by the Anti-Corruption Commission, Office of the Attorney General, and the Minister of Justice. The  Act has increased the minimum punishment for major corruption offences to a minimum of five years or a fine of not less than 50 Million leones. The ACC can now either prosecute corrupt public officials or recover from them all monies misappropriated plus a minimum of 10% interest. Furthermore anyone found guilty of corruption will be exclusives  from holding public office for no less than three years.

Rape cases still on the rise in Sierra Leone

Sexual violence against girls and women has been increasing in the country over the past years. The Ececutive secretary of the Human Rights Defenders Network (HRDN) Alphonsus B.M Gbanie gave statistical data showing that there is a record of 3,105 girl survivorsof rape and 67 adult survivors from January to October 2019. The Fistlady of Sierra Leone Fatima Maada Bio launched the Hands off our girls Campaign inorder to combat the situation but, the rape cases are still high. So far she has taken the campaign to Bo, Port Loko, and Kabala.

The Embassy of the  People’s Republic of China  has collaborated with the China Railway Seventh Group (CRSG)  to embark on road maintenance in the Spur Loop community. Wang Xiamin counselor of the Embassy says the road is in a bad shape. China’s Ambassador His Excellency  Hu Zhagliang says they are giving back to the community in which they are based. He added that they are happily living in the city, they therefore want to take part in developing and beautifying Sierra Leone’s capital. The project is said to cost over $100,000.

National Coordinator of Accountability William Saio Lamin told journalists in his office that the Management of Electricity Distribution and Supply EDSA should bring back their tariff to normal within five days otherwise there will be a protest. He says “We don’t want to hear of another tollgate like arrangement wherein the people pay upfront”. He advised that EDSA  should make their debtors pay rather than increasing tariff for all.