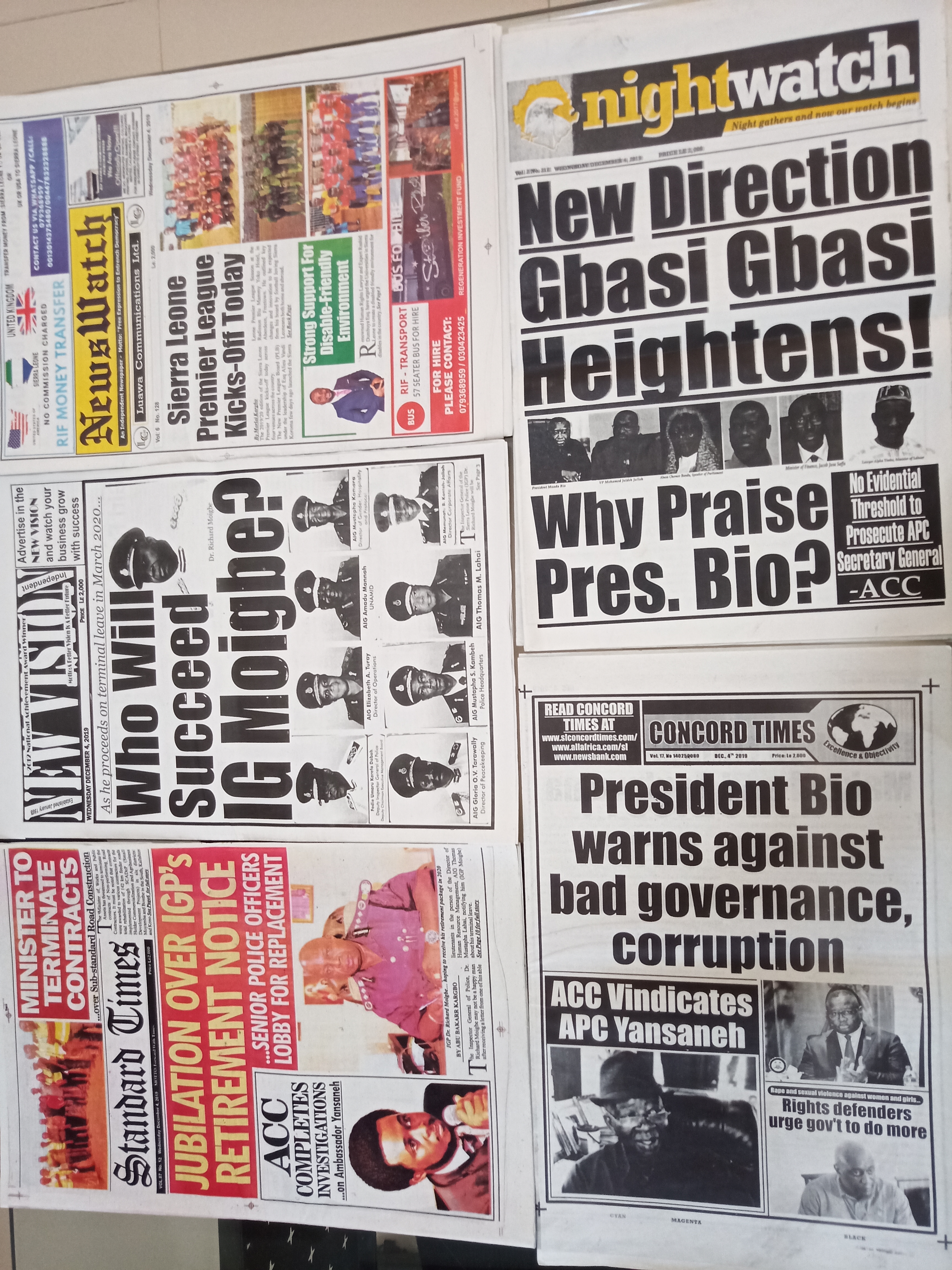 The inspector General of the Sierra Leone Police Richard Moigbe has been asked to retire from office with effect the 1st-31st March 2020. This notice was brought to him in the form of a letter from the Director of Human Resource Management lieutenant AIG Thomas Mustapha Lahai.  In accordance with section 62 of the National Social Security and Insurance Trust (NASSIT) Act of 2001, in which the age of sixty is prescribed as the compulsory age of retirement for government officials. The IG will turn 60 in March 2020, and the Sierra Leone Police thought it fit to bring him this notice beforehand.

The Anti-Corruption Commission (ACC) of Sierra Leone says it doesn’t have enough legal evidence to prosecute the Secretary General of the opposition All People’s Congress (APC) Ambassador Osman Foday Yansaneh. ACC says while it was wrong for Amb Yansaneh to miss over 700 days of work as High Commissioner to Ghana that there was and is no policy currently available to show that he broke the law. Amb Yansaneh was on duty at the High Commission in Ghana when he was elected secretary general of APC. He left Ghana and spent over 2 years of active duty time away from his post. During this time he enjoyed all the salaries and benefits of his Ambassador post.

The 2019/2020 Sierra Leone premier league is set to start today across four venues in the country. The New Premier League Board (PLB) under the leadership of Esq Alieu Vandi Koroma was launched at the Radisson Blu Hotel Mammy Yoko Aberdeen. Mr Koroma outlined the key changes and innovations to be expected from his board by football loving fans at home and abroad.