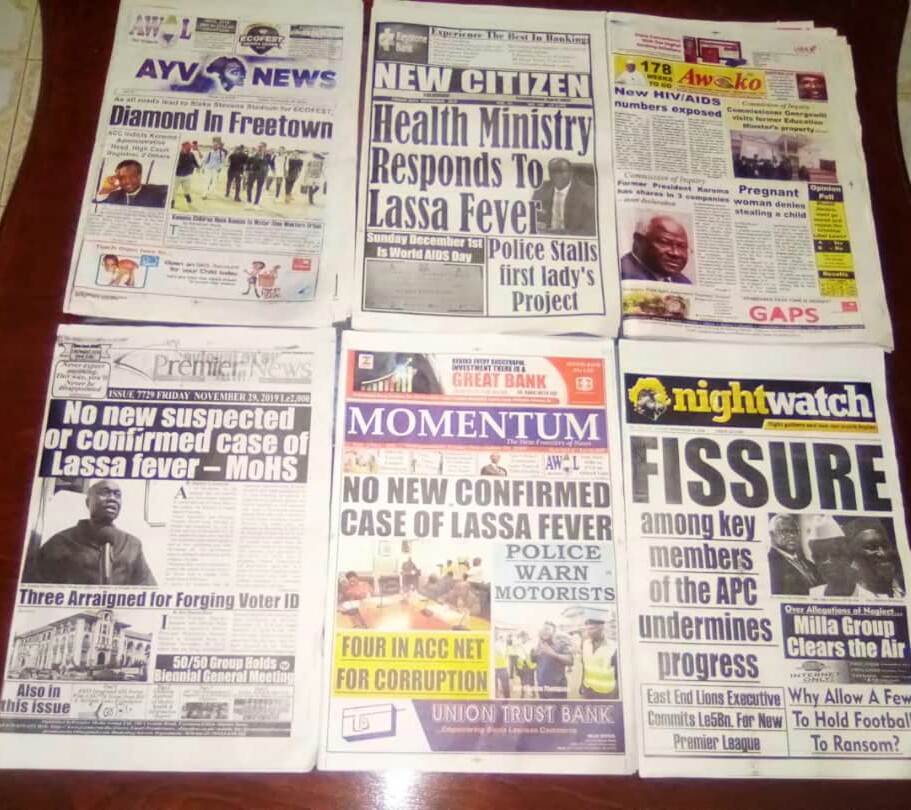 No new suspected or confirmed case of Lassa Fever

The Ministry of Health and Sanitation has confirmed that there are no new cases of lassa fever in Sierra Leone for the last 72 hours. This confirmation came from a press briefing at the Youyi Building in freetown. Chief Medical Officer Dr. Amara Jambai said the reason why Sierra Leone suffered a high death toll during the Ebola epidemic was the lack of epidemiologists. The country can not boast of 25 epidemiologists since the end of ebola. Dr Wurie said the cases are only limited to the health workers.The general public is advised to limit contact with  rats because they may not know the particular species that cause lassa fever to cover all food and water properly to end.

One of Africa’s top musicians Nasibu Abdul Jama popularly known by his stage name ‘Diamond Platnumz’ arrived on Thursday 28th November at the Sierra Leone International Airport Lungi accompanied by his crew. This Tanzanian entertainer, dancer and recording artist will join fellow musicians in SL for Saturday’s Ecofest concert that will be held at the National Stadium in Freetown. His arrival yesterday caused much excitement among fans who saw him.

East End Lions  Football Club signed John Keister as head coach of the team to serve for a period of three years and an extension of two years for an undisclosed fee. Apart from John Keister, the team has unveiled other players like Ibrahim Sillah from the military team and a host of other players to strengthen the The team chairman Junior Navo said Lions is going to increase its budget to SLL 5 Billion of which they already have thirty percent for the 2019/2020 Premier League Season.

Sierra Leone’s long gone artists Pupa Baja and the Dry Yai Crew are back in town to perform at the 21 Artists 21 Stands show at the Siaka Stevens Stadium. Dry Yai Crewleft the shores of Salone years ago, to settle in NY and Australia.