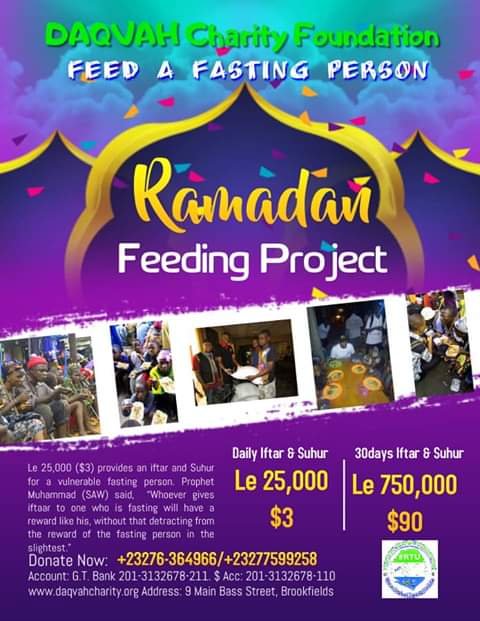 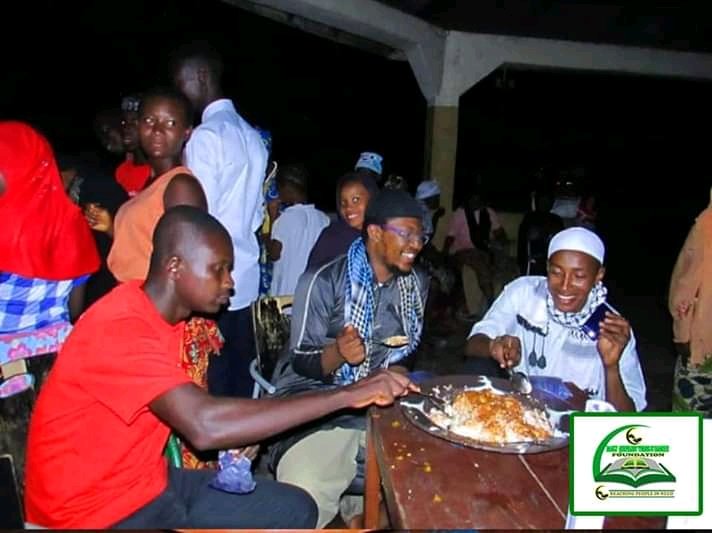 The feeding was done in Kono, Bombali, Koinadugu and Kambia Districts.

The process provided funds for different Masjids in four different communities across the districts to prepare Iftar so that Muslims who are finding it difficult to break fast would the opportunity to break their fast with ease. 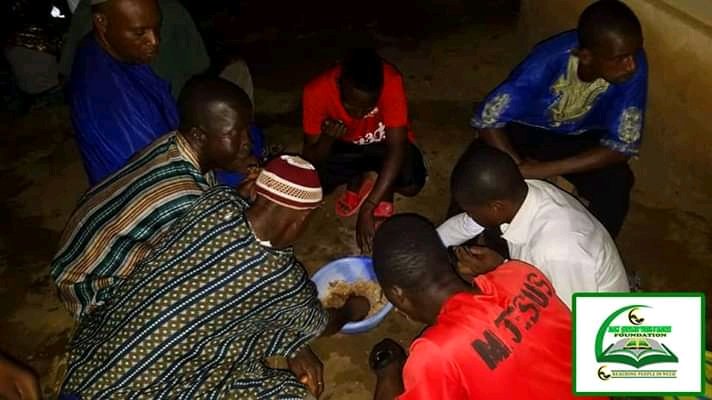 For further details, we caught up with the communication manager of DAQVAH Charity, Chernor Maju Bah, “the main focus for this whole initiative is to ensure we bridge that gap between the rich and the poor, that’s why the project itself was named ‘Bridging The Gap Ramadan Project’.

“We want to see a country where if the rich can have food to start and break the fast the poor also should have a similar opportunity.”

“We are targeting communities and families across the country who are finding it difficult to get food to break their fast. For communities, we normally provide them with the funds so that they themselves can prepare food of their own choice and for families, we normally provide the family head with bags of rice and money that will help them sustain throughout the month of Ramadan.”

He continued to encourage Sierra Leoneans to join the Humanitarian train and support charity work of DAQVAH Charity Foundation to support Sierra Leoneans who are desperately in need of basic social amenities. 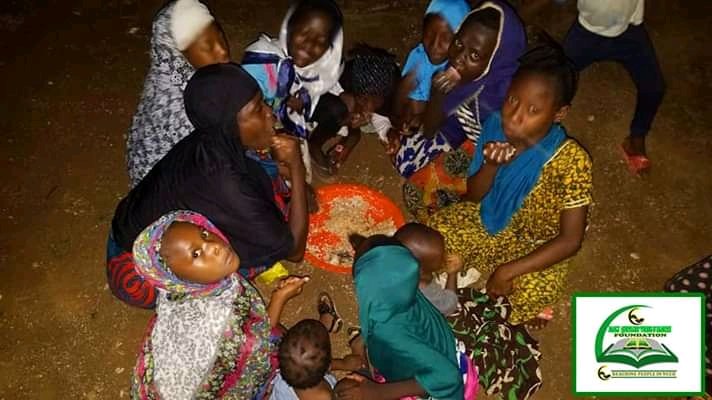 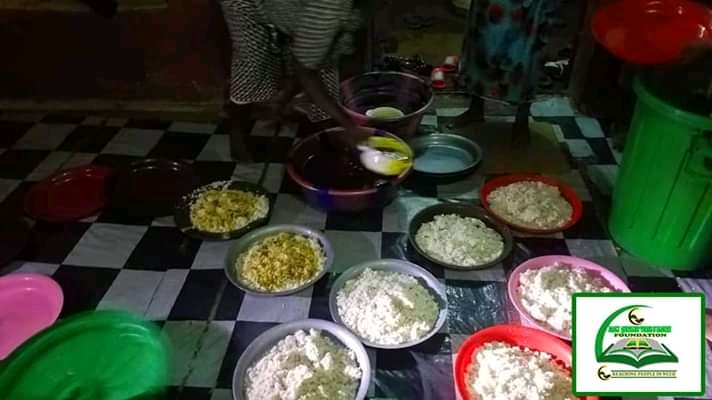 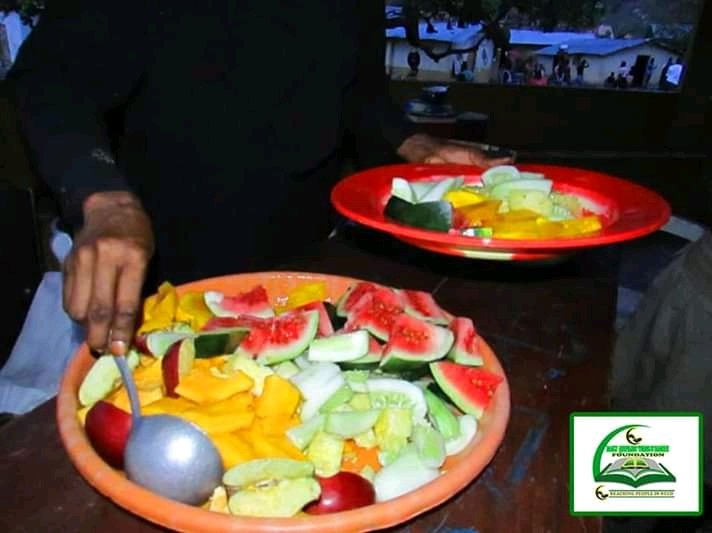 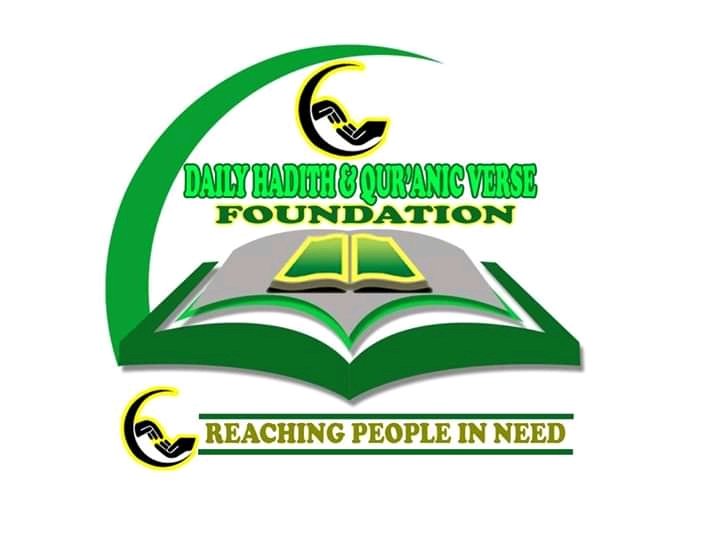 DAQVAH Charity Foundation was established in July 2015 with a primary aim of reviving Allah’s commandments and the Prophets Sunnah of giving charity. It is an independent Islamic relief and development foundation committed to primarily cater for people in need especially women and children.

An all Girls High School from Ghana wins ROBOFEST 2019

Mufti Menk arrives in Sierra Leone for the...