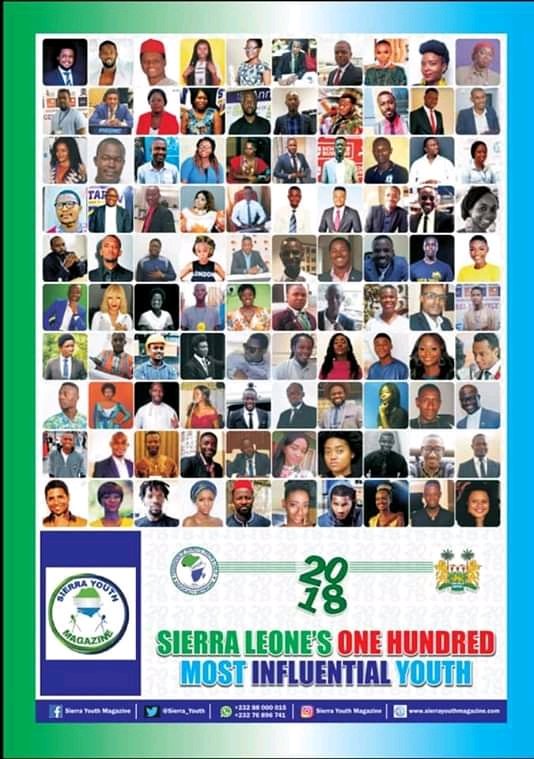 The Managing Director of VR&C Marketing Company, Vickie Remoe,  and other Sierra Leoneans were awarded as Sierra Leone’s 100 Most Influential Youths and Ambassadors by the Federation Of Patriotic Youths and Child Advocacy Network and Sierra Youth Magazine.

The awards were given on Tuesday 30th April at The Prestigious Family Kingdom Resort.

Giving an overview of the award ceremony, Ibrahim Banouya the programme manager of the Federation Of Patriotic Youths and Child Advocacy Network said, “the Award ceremony is to honour young Sierra Leonean youths that are creating impacts in the lives of other Sierra Leoneans and making the country excel.”

“The magazines that we are publishing contain feature articles on youth issues within the country. We profiled 100 Most Influential Youths, so that people may read about them to get motivation and inspiration” he added.

Vickie Remoe, the Managing Director of VR&C Marketing and the Managing Editor of Switsalone online magazine expressed her appreciation to the organizers on her social media accounts by stating “Thank you to the Federation of Patriotic Youth & Child Advocacy Network, The Ministry of Youth Affairs and the National Youth Commission (NAYCOM). Where two or more gathered to applaud others it so always a good thing.” Said Remoe.

Eric Kawa is a Bilingual Journalist and MC with a demonstrated history of working in the broadcast media industry.

He is skilled in Radio, Television, Blogging and Poetry.
Kawa is currently working as a correspondent for Africanews and a host at Capital Radio Sierra Leone and a contributor to several news outlets including: GH one TV, Joy News and Switsalone online magazine.
In a conversation with this writer, Kawa said “I feel so delighted and humbled to be a recipient of this award and I want to thank the Almighty for making this possible.”
This award also shows that hard work pays and one should always be determined and passionate about what they love doing, he continued.
I owe debts of gratitude to my family, friends, fans and all institutions and individuals I passed through, he added.
Finally, “I want to express gratitude to the organizers for appreciating and recognizing my work,” Kawa said.

Other recipients of the award include, but not limited to the Anti Corruption Commissioner Francis Ben Kaifala, TV Personality Phebean Swill, Top Model Zainab Sheriff and musician Drizilik.

Many Sierra Leoneans lauded the efforts of the organizers, noting that such awards will inspire more young people and create an impact in the nation.

The event was also thrilled with musical performances, comedy and glamor.

The Federation of Youth & Child Advocacy Network is an organization that champion youths activities, advocate on youths issues across different region in Sierra Leone. They are partnering with The Government Of Sierra Leone through the Ministry Of Youths Affairs and The National Youth Commission.