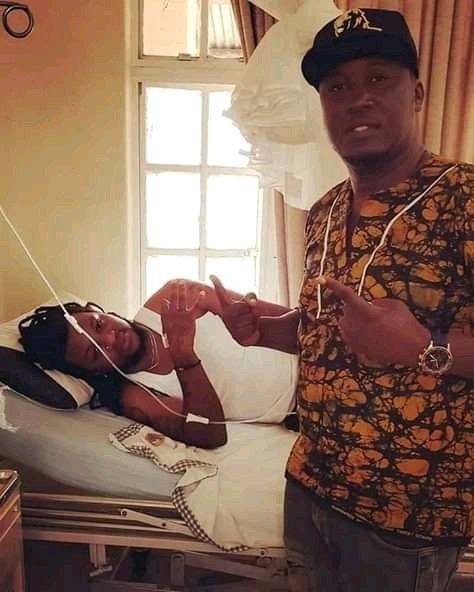 As there has been a harsh rivalry between the two for over a decade. Dennis ‘Kao Denoro’ Turay visits Alhaji Amadu ‘King Boss Laj’ Bah in hospital on Friday 8th March, 201.

“Stopped by to check out the brother Laj earlier who is hospitalized. Get well soon solja. God bless.”

Recently the two hip-hop heavyweights had Salone music lovers talking when they both appeared in the same music video by newcomer Kai after a decade of rap “beef”.
This is what music lovers are all wishing for, as there as being several feedbacks on different social media platforms as of this morning when he did the visit.