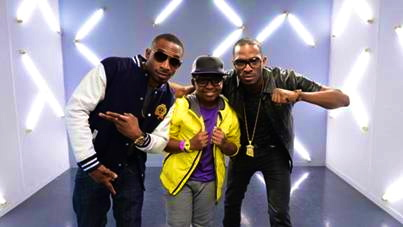 When ‘World Beats’ debut on MTVBase last week it wasn’t until Dbanj’s cameo that I realized that Kamsee the round-faced kid singing in the video was actually African. He has been called Nigeria’s Justin Bieber and with a new record deal with Sony Music Africa, 13 year-old Kamsee Ekpeyong will soon blow up to become a continent-wide and global star.

Right now he already has everything one would need to launch a successful music career. 1. He can sing. 2. He is super cute. 3. He is probably the youngest African kid to have a record deal with a major international record label (though we might need  a fact check on this one).

Sing it once and like any pop classic its stuck in your head; “world beats thats what we need….”