John Dumelo on the cover of first Issue of Glitz Magazine! 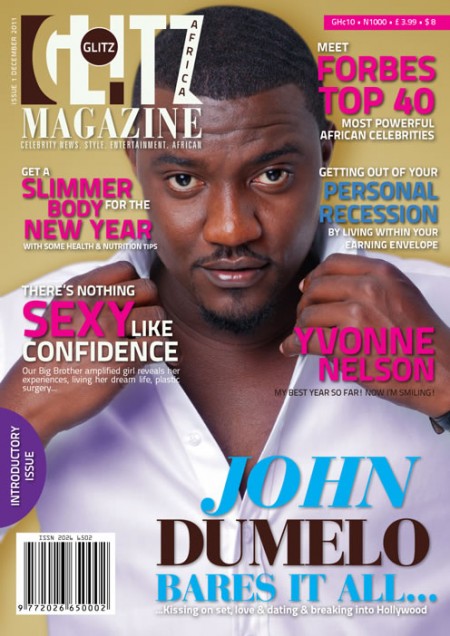 Editor of the new Glitz magazine Claudia Lumor, launched her lifestyle and celebrity magazine with a fabulous star studded event at Golden Tulip Hotel Accra last week. Ghanaian celebrities such as Songstress Becca, Actress Yvonne Nelson and actor John Dumelo attended the event (Even Swit Salone’s very own was there). John Dumelo also graced the cover of the very first issue of the magazine and shared more on a spread inside the magazine. Did you know John Dumelo wanted to be a gynecologist before getting into acting?

A 26-year-old graduate from FBC quit her job...